Tandem IMS was set up by passionate educational specialists in multilingualism wishing to create a difference in primary education.

This non-profit institution has grown into an international multilingual school offering classes from the nursery age of 6 months to primary school. Each year, a primary grade was added, reaching grade 6 in the school year 2014/2015.

Sonya Maechler-Dent founded the first Tandem IMS school in Uetikon am See. She trained in the French-speaking part of Switzerland and is certified as a Swiss primary school teacher. She further studied for a Masters in Education Management focusing on multilingualism and organisational culture at Oxford Brookes University. She also holds a business diploma in Global Leadership and Diversity Management. She has led training programmes for teachers and taught in different school systems at home and abroad. She lives in the Canton of Zürich with her husband and their three sons.

The name "Tandem" was inspired by the fulfilling experience a child can gain through interaction between different languages and cultures. Now, it also inspires modern ways of communication and the ability language has to open children's perspectives to the world. This led to the school’s new name in 2010: Tandem International Multilingual School (Tandem IMS) and its motto as focal point is «Discover the world through languages».

The challenge and fascination of integrating multilingualism into an international school curriculum became the driver of Sonya‘s commitment to quality education. She is backed by an enthusiastic and efficient team of educational specialists dedicated not only to developing Tandem IMS in general but also for it to grow into a large thriving school.

Having started with only six children at the Uetikon location, Tandem IMS now has over 200 children of approx. 30 nationalities and 57% of them communicate in three or more languages. 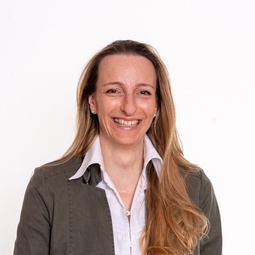 As an educator, I have always had the passion and the drive for innovation and for quality. As a mother, I wish for children to be happy, safe and for their natural curiosities to be challenged. I therefore really enjoy to inspire and encourage our students to always strive to learn, to be confident, resourceful, and enterprising.