We support every child in reaching their highest potential in order to prepare them for their next educational step be it Swiss Gymnasium or another upper level school.
Table of Contents
Content
Multilingual

Speaking one language is a basic human need, but speaking more than one opens a whole new world of possibilities. While learning new languages is achievable at any age, mastering multiple languages is a skill best learned from birth. It’s during the earliest years of life that rapidly developing brain connections form a child’s foundation for successful language, thinking and social skills. Children who learn multiple languages during the most critical years of brain development are more likely to later show proficiency in varying areas.

At Tandem IMS we teach English, German and French. Our children actively engage in language switching and compare their thoughts in different languages. The acquired multilingual switching skills provide not only a greater cognitive development but they also develop the child’s social and global understanding.

At the age of 6 months our children are exposed to two languages, English and German. French is offered at kindergarten and can be booked as an additional component. At primary, however, French is an integral part of the weekly schedule. At upper primary, our students are able to write reports, prepare presentations or lead various projects in verbal and written forms in English, German and French.

What is translanguaging? Simply put, translanguaging is a methodology. It is a way of teaching languages. It gives our students the opportunity to actively reflect on their use of language and share their thoughts and reflections with others.

Translanguaging is a most natural and ideal linguistic process to use as a methodology for language acquisition. It builds on the multiple transitions a child is already naturally faced with and most importantly values the complexity he/she faces. Translanguaging allows students to use language practices that they already possess, and draw on to perfect the other languages.

Teachers choose to use translanguaging as a clear strategic instruction method, in recognition that language and identity are inextricably linked. Teachers encourage the children, through the multiple actions of the children speaking, to engage into systems of re-conceptualizing and restructuring language. The children learn to separate languages when needed, yet they will naturally combine them into a greater single language system, creating a large repertoire of language with a much enhanced ability for concept formation.

Translanguaging is a responsive and valorising pedagogy for children with diverse cultural backgrounds and will help children to develop excellent intercultural communication strategies.

So how exactly has Tandem IMS designed and strategically implemented a translanguaging instruction within all grades?

Several times a week, both German and English teachers teach in the class at the same time, or teacher assistants (English, German or French speakers) are present in the classroom together with the teacher. We have a 50-100% overlap in early years, pre-school and kindergarten. In the primary school classes the overlap is 10-50%.

The teachers of each language plan the weekly timetable together, including the simultaneous presence of different language teachers per class and the very specific activities using translanguaging methods. For example, this could be a simultaneous debate or class discussion in both languages. Other activities for older children could include preparing a presentation in one language, presenting it in another language and/or taking notes in the first language again or in a third language.

Cen Williams first spoke of “Translanguaging” (in Welsh trawsieithu) in the early 90s. He was seeking to develop a different approach to bilingualism within education (Garcia & Kleyn 2016). Contrary to having the languages taught separately at different times of the week, he considered a multilingual situation which emphasized communication strategies, with immediate linguistic interaction, using different languages, therefore creating and renewing new concepts. Baker and Garcia called translanguaging the “meaning-making” (2011). Garcia (2009) described it as a focus on the actual practice of a bilingual person and not on the language used

Enquiry-Based Learning (or inquiry-based learning) is a form of active learning that starts by posing questions rather than simply presenting established facts or portraying a smooth path to knowledge. In fact, it is a strategy for helping students take ownership of their learning goals in an engaging way. Since Enquiry-Based Learning begins with a question, students are encouraged to construct their own knowledge as they engage in a variety of experiences that provide them an opportunity to investigate solutions.

From our early years to our primary school children, themed enquiry topics, guided by the teachers, are additionally used to explore areas of interest and for the children to learn about the world around them. These themes will extend across all grades for example from "living things" for our nursery children to "the future of our planet" for our upper primary students.

Enquiry-Based Learning develops the following learning skills across all age groups, the themes and topics being adapted to each level of learning:

As a private international school which has been accredited by the canton of Zurich’s educational authorities, we implement the Zurich cantonal curriculum with the aim to prepare our students for their next educational step be it a Swiss Gymnasium or another upper level school.

Our curriculum’s structure and philosophies are equally closely related to international curricula, especially those currently in use in international schools, and uniquely implements translanguaging and enquiry based learning in its lessons. This ensures easy transfer back to the home countries’ schooling and international schools worldwide.

Our curriculum covers a twelve-month span. Teachers draw out two schedules, one per month and one per week. Each month and each week, teachers prepare the activities and lesson plans following the curriculum and searching new ways for the children to compare and play with the different languages. Objectives are set for each child on what he/she will be exposed to and learn by the end of the year, but the curriculum is kept sufficiently flexible to be tailored and adapted to the ideas and the dynamics of the class. The lessons use a variety of materials and tools that enable the children to express ideas and feelings, with the focus being on the individual talents of each child.

To ensure your child’s progress, we provide a variety of assessments.

We have regular class assessments in German, English, Maths, Enquiry and French. Other smaller assessments are equally done in Art, History of Art, Music, Science and IT. This is an integral part of our programme with clear guidelines and tracking progress systems for the teachers, children and the parents, which tie into our self-evaluation and target system as well as our progress reports.

In addition to the class assessments, we run two major assessment programmes within the school and across most of the upper primary grades:

At the end of each semester you receive a detailed progress report with teacher comments under each area of learning as well as the child’s grades.

At pre-school and kindergarten, children do not have grades but rather an appreciation of their progress in all areas of development and required skills.

From 1st grade, children will receive grades in the various subjects and these will be accumulated into an average in the progress report.

Children are equally encouraged throughout the year to self-reflect on their learning and their learning skills. An academic portfolio is created at the end of the school year for each child as well as a creative portfolio of their yearly work. These are memorable keepsakes for parents reflecting on their child’s progress over an academic year.

All our students are also getting ready to take the following French exams when they are in 3rd grade: 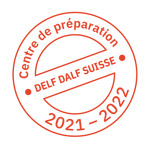 Not only do these exams and their preparation offer an interesting milestone for our children learning French, but they are equally an excellent first experience in sitting exams externally and with external examinators, thus preparing them for later entrance exam procedures (i.e. Gymi-Prüfung).

For our 5th and 6th grade students, there is an increasing focus on subject knowledge in Maths and German, in line with the canton of Zurich, in order to prepare them optimally for the Swiss Gymnasium examinations, which take place in March during the 6th grade. The students we assess as being «ready for the Gymnasium», and who wish to aim for this route, will be able to sit the entrance examination.  Students aiming for another upper-level Swiss school or an international school entry will also be prepared accordingly.

Children, teachers and parents meet at the end of 5th grade to discuss 6th grade requirements and the children’s goals. The child fills out a «Gymi pack» of information on personal objectives, learning skills and motivation.

In November, each 6th grade student, and their parents, will have another orientation and recommendation meeting with the teachers in order to determine the ideal next school placement.

Children in Tandem IMS’s 6th grade work through cantonal requirements in maths and German at a faster pace, as well as complete additional tasks, in order to be fully prepared for their next steps. If the Swiss Gymnasium entrance exam is considered one of these steps, our teachers will prepare the students optimally during our Gymnasium preparation course.