Taking the best from both worlds – Tandem IMS Kindergarten

Are you aware of the difference in the curriculum between a Swiss and English Kindergarten? When one thinks of the word «Kindergarten», different images come to mind for people in different parts of the world. For those coming from a Swiss background, Kindergarten is a very social time. Teachers cre... 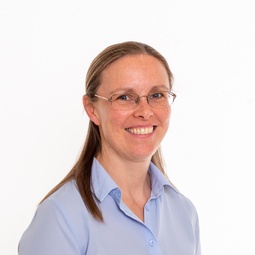 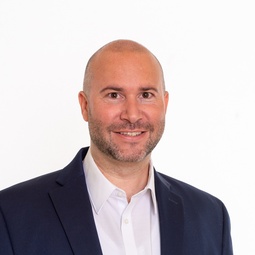 First things first: every child is unique and language acquisition proceeds at varying speeds and in different ways for each child - regardless of whether the child acquires one or more languages at the same time. However, regarding multilingual education, there is a persistent prejudice that the brain (and thus the child) would be overburdened with more than one language. Those who defend this theory see proof for it in situations where children seem to switch back and forth between languages randomly. Actually, this phenomenon is quite harmless, since it also happens in monolingual language acquisition, for example between dialect and standard language - only there, it is not noticed.

In order to understand how these blends occur during speaking and how to actively support bilingual or multilingual acquisition (we basically refer to two and more languages at Tandem IMS), we take a look at the language centre of the brain and focus on the linguistic characteristics of multilingual children.

1. The mental lexicon: How language is stored in the brain

To describe the entire and highly complex structure of the linguistic system in the human brain would certainly exceed the scope of this article. But to understand linguistic phenomena such as mix-ups or blending, it helps to take a basic look at the so-called «mental lexicon», the linguistic centre of the brain.

The term «lexicon» itself is quite contradictory because actually language in our brains has nothing in common with an inflexibly structured list of words. A more accurate image would be an interwoven and tangled web, a ball of yarn in which a myriad of threads cross, converge and connect in knots or nodes. In our metaphor, a knot symbolises a word combined and woven with a lot of other linguistic information. For each word, regardless of the language, such a knot is created during the very first years of life, and any new information that the child associates with this word will be more or less firmly (depending on relevance and frequency) connected to it in the course of time. (1)

For multilingual children, the nodes of language equivalents connect quite automatically in the course of the parallel language acquisition. The development of the so-called «bilingual lexicon» is described as a three-phase model (2):

Based on the three-phase model described above, linguistic characteristics of bilingual children can be reconstructed and categorised. The following are just a few examples, and there is further differentiation within the categories in academia.

Since the child in phase 1 still uses a mixed system, it seems only logical that mixing and code-switching occurs more frequently here, and is even unavoidable. In this early phase of language acquisition, the child jumps back and forth between languages without being aware of it. An example is given in literature:

Another characteristic of the first phase is the occurrence of so-called interferences or blends. In this case, the child mixes two words with the same meaning from usually two languages into a single word.

This results in words like
«shot» (a mixture of French chaud and English hot) or
«assit» (French assis and English sit).

In most cases, a child first acquires a new word in one of the languages. Only when the child has mastered the meaning of this word, it will learn the equivalent word in the other languages. It is therefore understandable why children from the 2nd phase onwards consciously use a word from another language if they do not (yet) know its equivalent.

3. How can you actively support multilingual development?

The «one person, one language» method refers to a strict association of languages to a specific person (e.g. mother English, father German). Already in phase 1, children associate a language with a specific person, but they are only aware of this from phase 2 onwards - and actually insist on this person-language-association. Thus, strict separation at an early stage can reduce the frequency of code-switching utterances and support the structured development of the bilingual lexicon.

In this context, it is also important to establish a connection in-between the languages from the very beginning. This can be achieved, for instance, through reading the same book or stories in one language in kindergarten and in the other language at home, or by talking about the same topics with several interlocutors (in several languages) and thus establishing a contextual connection.

As a multilingual nursery, pre-school, kindergarten and primary school, we naturally implement these supporting factors mentioned above in a targeted and also quite intuitive way. The association of a teacher with a particular language (one person, one language) naturally takes place in the classroom as well as in our day-to-day life. In the course of bilingual teaching, every topic is discussed in all languages in a well-balanced and equal way. We consciously encourage our children to feel confident about their multilingualism. Our aim is for them to become comfortable with all their languages and to build a conscious, personal connection with them. In this way, they can live their multilingualism with pride and self-confidence as well as realise that it is a valuable and helpful key to the world.

Your email address will not be published.