The Advantages of Multilingualism from an Early Age

Over the last 15 years, visiting parents have often queried whether their children should be learning a second or third language from an early age and if it is beneficial to their development into adulthood. Such questions are of course still pertinent as our international society has diversified. M... 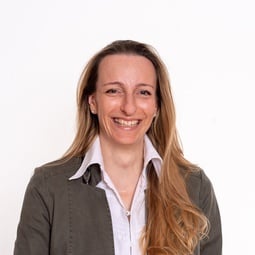 The Advantages of Multilingualism from an Early Age

Over the last 15 years, visiting parents have often queried whether their children should be learning a second or third language from an early age and if it is beneficial to their development into adulthood. Such questions are of course still pertinent as our international society has diversified. Multi-cultured and multi-linguistic couples, expatriate work situations and patch-work families have led to an increase of children becoming multilingual.

We admit that we do slightly shudder when parents ask: "How long exactly will it take my child to become multilingual?" or "Something's wrong, my child only understands English but refuses to speak it!" A child is not a measuring cup that can be filled at our convenience. Each child will develop a different relationship to one language or to several languages and it is vital to celebrate each individual step.

So what are the Benefits on the Advantages of Multilingualism?

Several studies over the past years have suggested that bilinguals as well as multilinguals develop better social-emotional, behaviour skills and open perspectives. Communication skills indeed become more varied, perspectives are broadened, metaphors, language similes, proverbs, fairy tales and other cultural linguistic elements across more than one language add up. The child will also be exposed to a range of social situations and social patterns as well as problem-solving which increases their awareness of the world around them and enhances their ability to work and understand their peers.

Multilingualism thus not only expands children’s vocabulary, phrases and their ability to read different codes of meaning, to write in different styles and to communicate with others using varied characteristics such as humour and body language, yet by learning new languages, a child may also develop an enhanced ability to express their own emotions effectively, problem-solve using different perspectives, and build their own self-esteem and confidence.


Being aware of different cultures and ideas is essential for social development. Learning another language helps children to grasp the notion of other cultures and should, therefore, help shape their understanding of the world and others in society on a much deeper level. As a result, it may help to develop empathy, and a higher degree of flexibility. By exposing the learner, to new experiences and cultural environments, the learner’s emotional intelligence increases.

Studies show that a baby who learns new languages can identify and distinguish linguistic sounds and phonemes before they are even physically able to use the language, whereas those children who only learn one language, only recognise the language they hear. As a result, the small child who is hearing several languages will develop enriched metalinguistic skills.

Numerous authors on bilingualism and multilingualism have confirmed that multilingual children tend to develop enhanced problem-solving skills, planning, logic and reasoning, and faster processing speed. It is argued that generally this multiple language asset, as well as the multiple social and cultural awareness that develops simultaneously, fosters a broader concept formation and enhances a greater mental flexibility.

Although this topic is far from any proven science, we do believe that in our fast-paced global society, being multilingual will reap the rewards as career opportunities will most certainly be enhanced. Not only the above-mentioned enriched emotional intelligence as well as the additional cognitive advantages, yet also simply the increased ability to delve into international negotiation and communication, will open up our students to a wider range of prospects.

There are numerous benefits of becoming multilingual, especially from an early age. Having the ability to converse in different languages is an indispensable tool which will bring about many advantages to each learner. These benefits come from social interactions, physical improvements, along with emotional and cognitive positives. Being surrounded by numerous languages help to develop a wide range of skills, developing a holistic approach when it comes to learning. In short: speaking one language is a basic human need, but speaking more than one opens a whole new world of possibilities.

Since our founding in 2004, the Tandem International Multilingual School has been a pioneer for multilingual education (German, English and French) and translanguaging methodologies and we will continue to be involved in cutting edge innovative university research.

The long-term cognitive advantages as well as the social-emotional benefits which multilingualism additionally offers, are often still brushed off by the Swiss Schooling System as insignificant. However, the extensive literature on this subject and the years of experience at Tandem IMS show that our students have the opportunity to develop an incredibly broad and deep metalinguistic awareness, in that they learn to explore and implement all their languages on a daily basis, both academically and socially.

Your email address will not be published.